Persons suffering from diabetes often accompanied problems with the skin and its diseases including thrush. The main reason for skin hypersensitivity in the person with diabetes are vascular lesions (diabetic angiopathia), which, in the same way may relate to the larger and smaller vessels. Simply put, we can say that the excess sugar in the blood leads to degenerative changes in capillaries, arterioles, and veins, resulting in impairment of vascular and malnutrition of the skin.

Diabetes affects yeast and fungal infection caused by fluctuations in blood sugar levels that facilitate the development of micro-organisms. Dihydroquercetin helps in the treatment of ringworm. In 2009 year, in the published work, its purpose was to investigate the impact of dihydroquercetin on intensity of LPO processes (deregulation of lipid peroxidation of lipids) and degree of endogenous intoxication in patients with diabetes during treatment for fungal nail infection by using the medicine Orungal.

END_OF_DOCUMENT_TOKEN_TO_BE_REPLACED

Hiperglycaemia and oxidative stress activate a few bad trails, such as the poliol trail, kinases protein C (PKC), final products of advanced glycation of proteins (AGEs) and heksozoamin that which are responsible for the pathological changes in the blood microcirculation and retinal microcirculation and nerve cells and glial.

Oxidative stress in diabetes is the result of high concentrations of glucose and fatty acids. This plays an important role in the pathogenesis of diabetes and its complications. Its pathogenic activity involves, inter alia, on the inhibition of the synthesis of insulin in pancreatic beta cells and inhibition of signal transmission in target cells with an insulinic. This action contributes to the development of insulin resistance and induce changes in the walls of the blood vessels leading to the complications of diabetes.

Complications include damage to the retina, called as diabetic retinopathy. Diabetic retinopathy is formed as a result of damage to the small blood vessels that nourish the retina, leading to a brain hemorrhage in the eyeball. Increasingly scientists carry out research on the effectiveness of the use of antioxidants, which may have a potential impact on metabolic changes in diabetic retinopathy. In view of the good prognostic antioxidant properties dihydroquercetin (taxifolin) it has been decided to carry out control tests in the field of health support blood vessels in diabetics.

END_OF_DOCUMENT_TOKEN_TO_BE_REPLACED

Cells function of our body depends on a continuous supply of oxygen from the blood. If the blood supply to a tissue would cease, the situation becomes very serious. After a few or a several minutes of cut-off of oxygen supply (depending on the type of tissue) in the tissue are irreversible changes. Many studies of this type was performed on the heart muscle. They showed that few minute cutting off blood supply to the heart muscle causing arrhythmia, which persists spontaneously after a certain time. Longer, few or ten minutes ischemia results in an characteristic set of changes, known as the “stunned heart” or systolic heart disorders of abnormal contractions of the heart, which are not accompanied by myocardial necrosis. These changes will go away after a few-dozen days. Ischemia (part) of the heart muscle lasting longer than several minutes causes it to die off.

Heart arrhythmias can lead to serious and irreversible changes in the body. The use of Dihydroquercetin followed by improvement of microcirculation and contractility of the myocardium, coronary blood flow, and decrease the viscosity of the blood.

END_OF_DOCUMENT_TOKEN_TO_BE_REPLACED 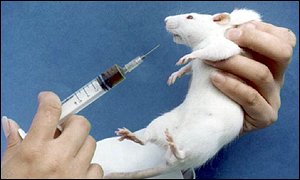